Eurovent was part of the official inauguration in Madrid 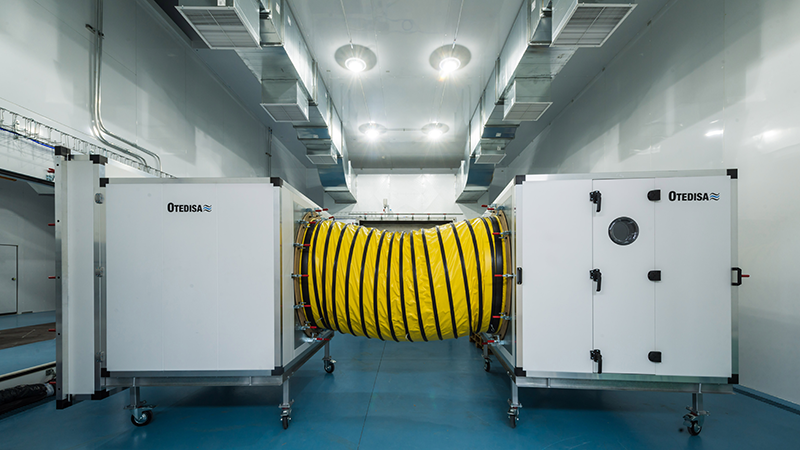 GEN - 887.00. On 27 February 2018, Eurovent attended the inauguration of its Associate Member CEIS’ new testing facility. The project, which was under development for a little more than two years, promises to open doors for a new generation of products and testing opportunities – for the benefit of certification bodies, manufacturers and other organisations in the air conditioning market.

CEIS (Testing, Innovation and Services Center) is a Spanish testing laboratory focused on providing the best technical testing solutions in different fields such as electric cables, thermal insulation materials, plastic pipes, air conditioning and heat pump appliances. With more than 500 different product and testing standards, CEIS adds the highest value to air-conditioning and heat pump appliances by offering a well-recognised testing programme and a reputed position in the global market.

The company intensified its long-term relations with Eurovent by becoming Associate Member in fall 2015. Following the successful cooperation during the 2016 Eurovent Summit in Krakow, CEIS has become Official Partner of the Summit's 2018 edition in Seville.

On 27 February 2018, CEIS officially opened its new test station for air conditioning and heat pump equipment. The facilities were jointly inaugurated by the Mayor of Móstoles, Ms Noelia Posse, the Councillor for Economic Development, Employment and New Technologies, Ms Jessica Antolín, and the president of CEIS, Mr Carlos Esteban. Eurovent was represented at the act of inauguration by its President Alex Rasmussen and Andrea Gasparova.

Since the end of 2015, the development of this project has been one of the central axes of the CEIS growth strategy. The new laboratory is integrated within the CEIS Energy Efficiency area, which already includes Calorimetric Chambers, Reverberant Acoustic Chambers and other specific stations for measurements of air flow and sanitary hot water tests.

The new test station, located in a new building which was designed and built for this purpose, consists of three psychrometric chambers and a fourth basement chamber. This assembly is well interconnected and equipped to perform thermal and acoustic tests, within a range of temperatures ranging from -22ºC to 54ºC, feed voltages of 80-500V, and a powerful measuring system capable of managing flow rates of air from 1,3 to 40.000m3/h.

The psychrometric cameras will provide for testing of VRF/VRV systems of multiple indoor units, air/water and water/air equipment up to 100kW and rooftops.