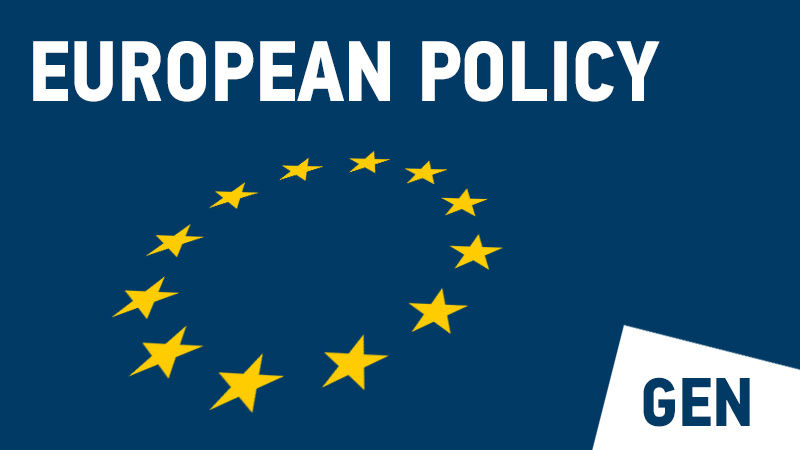 GEN - 890.00. On 6 March 2018, the third F-Gas Consultation Forum took place. The European Commission presentation highlighted that the price increases of F-Gases are well within range. The commitment to the phase-down was confirmed.

The commitment to the F Gas Regulation and its targets remain. During the meeting, some discussions about the price evolutions took place, but the price increases are well within the range of the forecasts when the F-Gas Regulation was reviewed.

The importance of reclaiming and recycling was stressed, and some industry initiatives were mentioned that encourage abandoning high-GWP refrigerants where good alternatives exist.

The Consultation Forum also discussed possibilities of national support to help industry switch to alternatives, for example in Germany.

Abstract from Commission briefing paper on progress of the phase down:

The Commission is monitoring, on a quarterly basis, price developments in the sector. Prices for bulk gas were relatively stable until mid-2015. In the course of last year (2017) prices have however increased substantially. This increase was first apparent in the selling price set by producers, but has now reached also the prices that OEMs5 and service companies have to pay. The price increases are clearly related to the GWP of the substances, i.e. a substance with a high GWP such as R404A had the strongest price increases. The developments therefore largely reflect what was expected to be the impact of the phase-down mechanism where successive quota reductions increasingly favour the use of low GWP HFC as well as non-HFC gases. Gas prices have reached levels of 20€/tCO2e which is fully within the range that was considered to be a proportionate contribution by this sector to the 2050 roadmap.6 The existing price signal is clearly a good incentive for stakeholders to switch to low GWP technologies wherever and whenever possible, to prevent leakage and to reclaim gases.

While a general collection of data on authorisation prices was not attempted, it appears from anecdotal evidence that prices of authorisations have risen alongside, and to a similar degree as the bulk gas prices. As pointed out above, many equipment importers have been able to acquire authorisations in 2015 and 2016 when these were still quite affordable. The rise in authorisation prices is important to assure an equal treatment of importers and of EU manufacturers of equipment, as the latter are exposed to high prices of the bulk gases on the EU market.

The phase-down targets will not change. The information was timely available for all parties to adapt. Industry is encouraged to move away from gases with a high GWP.

The different actions that can be undertaken are listed by the Commission as: installing new alternative equipment, retrofitting existing equipment, reclaiming gases and avoiding leakage.

It is recommended to read the briefing paper and to have a look at the meeting slides.