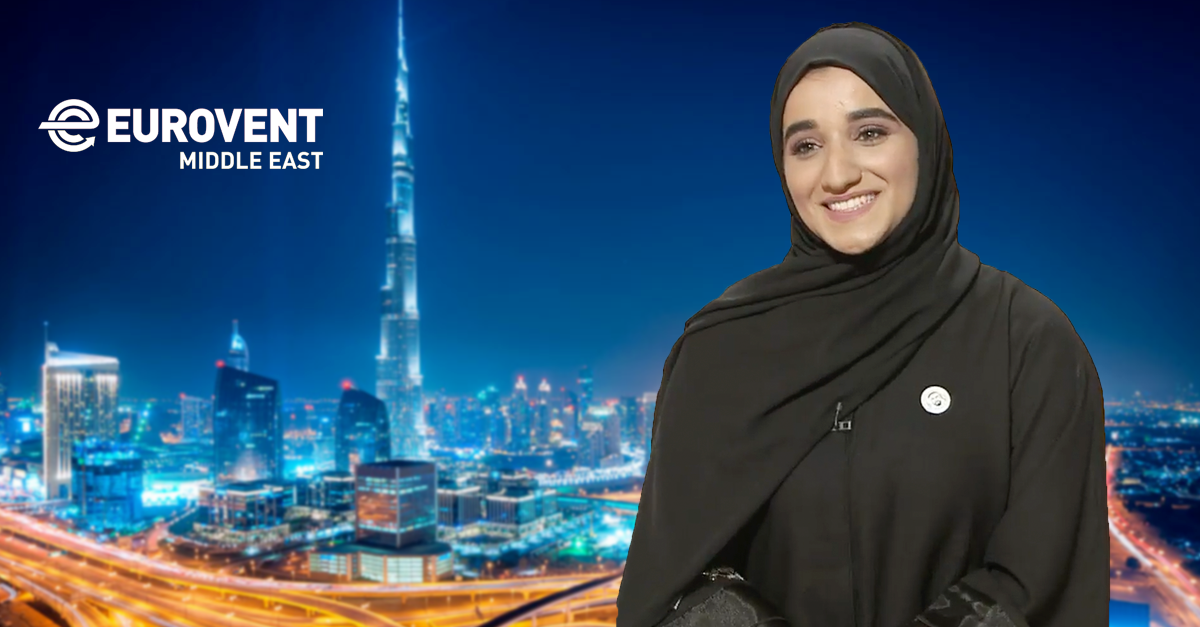 Dubai, 10 September 2018. Eurovent Middle East extends invitation to its official inauguration as an independent association in the Middle East, following the official hand-over of its business license as a non-profit organisation by the Dubai Chamber. During a high-level ceremony at the World Trade Club in Dubai, Eurovent Middle East will award its very first honorary membership to Ms Roudha Bin Bahr in recognition and appreciation of her achievements.

The license as a non-profit organisation, issued by the Dubai Association Center of the Dubai Chamber, marks the biggest milestone for the group’s development since its inception in January 2017. The license enables Eurovent Middle East to operate directly out of the Middle East and set up its own infrastructure in the region.

Mr Brian Suggitt, Chairman Eurovent Middle East states: “We have always emphasised that, given the Middle East’s environmental conditions and the role of proper cooling and refrigeration, it is of great importance to establish a dedicated industry association for the region. The license puts us on solid legal grounds and enables us to really act as the interest group for the Middle East, out of the Middle East.”

The official hand-over of the business license by the Dubai Chamber to Chairman Brian Suggitt will take place on 23 September amidst a high-level event at the World Trade Club at Sheikh Rashid Tower, Dubai. Introducing the association’s main objective to work towards lower energy consumption and better indoor air quality and act as a platform for information exchange and education, the association has invited representatives from government organisations and institutions from the whole GCC region, along with leading industry executives, trade delegations and other interest groups.

First honorary membership to be awarded to young Emirati woman

As part of the celebration, Eurovent Middle East is going to award its very first honorary membership to Ms Roudha Bin Bahr. As the first Emirati woman to enrol in WorldSkills in 2017, and the first woman ever to compete in the HVACR category, Roudha has since been very active in encouraging young people to turn to vocational and engineering education, while raising understanding for issues of the HVACR industry.

Mr Naveen Shivakumar, Head of Marketing & Business Development of Danfoss Middle East and Board member of Eurovent Middle East states: “Danfoss has supported Ms Roudha Bin Bahr in her training for WorldSkills and we are really proud of her accomplishments. Far beyond the challenges of competing at WorldSkills, Roudha shows so much enthusiasm to raising awareness on our industry and promoting technical professions to the younger generation. We are extremely honoured that she has accepted our honorary membership and are looking forward to working with her, connecting our industry with the engineers, technicians and developers of tomorrow.”

Employment of a local staff member

Eurovent Middle East is also happy to announce the employment of Ms Nerissa Deoraj as Director Technical and Regulatory Affairs. Ms Deoraj previously worked at TAQEEF dealing with regulations and technical standards. Her expertise in this field constitutes a major asset to the association’s target to develop a full inventory of standards and regulations in use in the Middle East.

Mr Markus Lattner, Director of Eurovent Middle East, adds: “We are very pleased to welcome Nerissa Deoraj in our Team. Her contributions to our association in the past have already been of high value. The success of any organisation depends on the people working for it. Nerissa’s knowledge and enthusiasm will help us increasing the knowledge of and understanding for the region’s regulatory environment.”