Alex Rasmussen to lead Eurovent Association for another year

Alex Rasmussen to lead Eurovent Association for another year 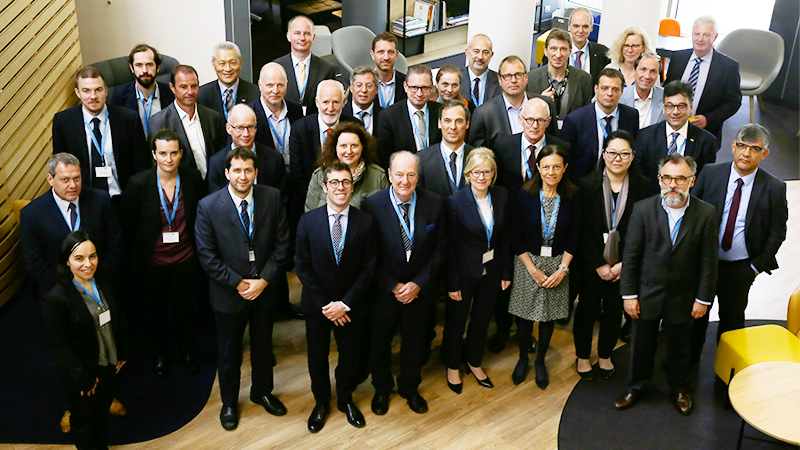 While the usual term of a Presidency is limited to two years, the recent retirement of a First Vice-President from the Board has led members to ask Alex Rasmussen to lead the association for an additional year. The President will be supported by Naci Sahin (Association: ISKID, Company: FRITERM, Turkey) as First Vice-President and either newly or re-elected Vice-Presidents that constitute the Eurovent Board of Directors (sorted by time served in the Board, descending):

Alex Rasmussen stated following his re-election: ‘It is an honour for me to serve our European industry family for another year. I thank all members for the continued support and trust in my work. Together with my fellow Board members, I will do my utmost to further develop the association’s structure and activities following our Statement of Principles while strengthening the unity of our industry in Europe and abroad.’

Felix Van Eyken (Secretary General, Eurovent Association) added: ‘On behalf of all members, we thank Alex Rasmussen, all Vice-Presidents and their employers for the support, time and resources they make available to serve our joint European industry. The increased interest of people in becoming member of our Board shows the constantly growing interest in our activities while shaping the future developments of our industry.’

Rasmussen (born 1948) is of Danish nationality and has held various positions in the refrigeration and ventilation arena. Since 1998, he has been CEO of Systemair Denmark until becoming Senior Advisor of the Systemair Group at the beginning of this year. Rasmussen took over the Presidency from Christian Herten, GEA Group, who had been leading Eurovent from 2013 to 2015.