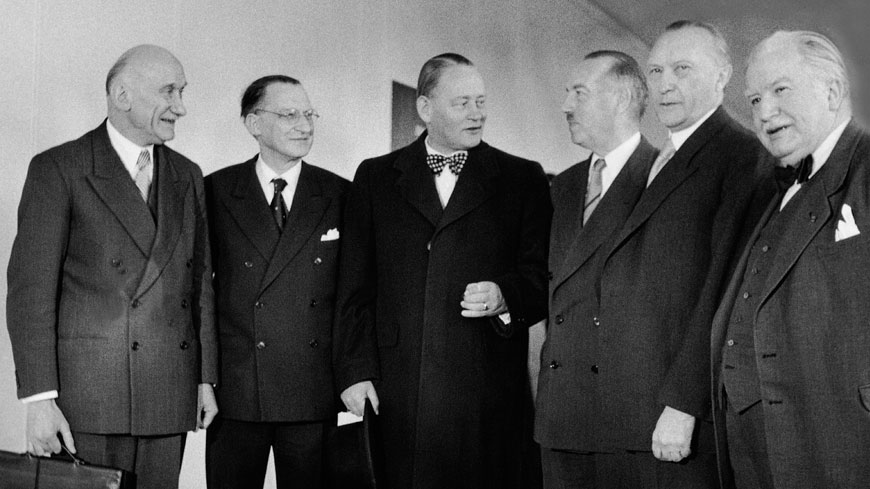 The association represents an industry that started to develop in the 1950s, at a time when the market for heating and refrigeration systems started to grow rapidly. Simultaneously, the European Economic Community was founded and marked the start of a unified regulatory system for goods and services.

European manufacturers of air-handling technologies felt the need for in-depth cross-national coordination and information exchange, leading to the foundation of CECMA (later Eurovent) in 1958. Its founding members were national industry associations from Belgium, France, Germany, Italy and the Netherlands. One year later, during CECMA’s first General Assembly on 10 April 1959 in Brussels, a formal cooperation protocol was signed, initiating the start of intense collaboration. The CECMA head office was opened at 10 Avenue Hoche in Paris, France.

Simultaneously, associations from the same countries representing the refrigeration equipment industry formed the European Committee of Refrigeration Equipment Manufacturers (CECOMAF), which closely cooperated with CECMA from the very beginning.

These associations were set up with two main objectives. First, to jointly develop working terminology in order to enhance communication. Second, to develop ‘codes of good practice’ or ‘recommendations’ in Technical Committees and to implement those as national standards. The latter process formed the basis of the European industry’s self-regulatory system, which, to date, is still a commonly used procedure in situations where no national or European standard is available. 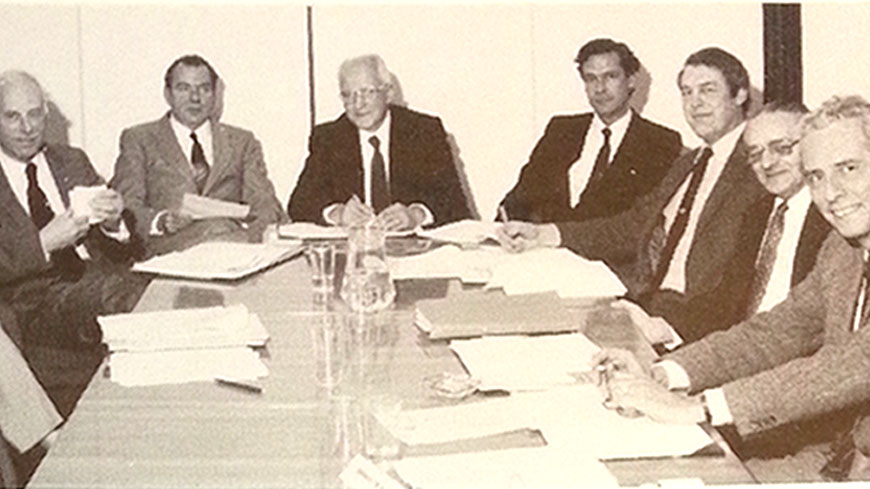 In the course of the constant enlargement of the European Union, CECMA and CECOMAF expanded accordingly, with national associations joining from both EU andnon-EU member states, such as Denmark, the United Kingdom, Switzerland and Sweden. Around the same time, in 1964, CECMA changed its name to Eurovent.

The first oil crisis and the search for solutions in the early 1970s further enhanced relations within the industry. Eurovent and CECOMAF started to jointly organise fairs as of 1976, meeting two viable needs: The creation of a single representative exhibition organised for and by the entire HVACR industry, and the generation of revenues, aimed to cover the associations’ increased activities.

By the early 1980s, twelve Eurovent ‘Working Groups’ (today called ‘Product Groups’) actively worked on standardisation development following the increased production and marketing of specialised products. CECOMAF and Eurovent developed joint recommendations and technical documents, which increasingly obtained recognition and were sold in high numbers (about 300 copies annually) across Europe and beyond.

Meanwhile, the European Economic Community expanded. After years of discussions, initiatives to introduce European legislations for HVACR products started to become reality. Legislation usually took the shape of Directives that needed to be transposed at a national level. This process unintentionally allowed for different interpretations. With five years on average, the transposition periods for Directives were long. Legislators have realised that it would be difficult to regulate products in detail. Accordingly, they referred to voluntary European standards to presume conformity with legislation. The national standardisation bodies and CEN understood that their expanding scope called for additional expertise.

The experts of Eurovent and CECOMAF, many of whom were also active at the national level, were called to support European standardisation committees. Generally, the bulk of the work in these committees was performed by Eurovent members, which is still largely the case today. 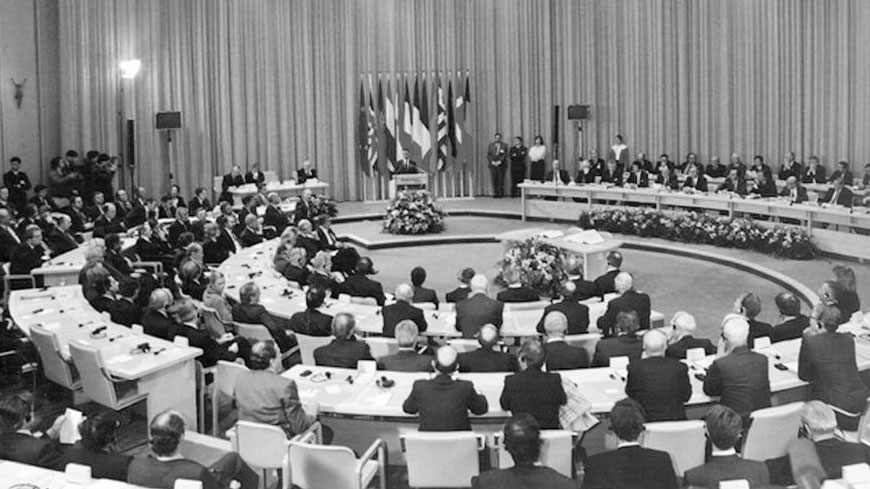 In 1991, Eurovent, together with its partner associations from Canada, Japan and the United States, has founded the International Council of Air-conditioning and Refrigeration Manufacturers Association (ICARMA), a cross-national organisation bringing together representatives from HVACR associations worldwide. Today, ICARHMA (with the heating sector being added over time) members meet once a year, now also including associations from Australia, Brazil, China and South Korea.

By the mid-1990s, Eurovent started to establish relations with other associations including AMCA, AREA, Asercom, EuroAir, GCI and REHVA. Around this time, the European Commission started to develop proposals for a European Council Regulation on substances that deplete the ozone layer appeared. These proposals gave rise to concern about the future of the industry, initiated the development of alternative substances and a revival of natural refrigerants.

Also in 1994, the mandatory collection of statistics at a European level started within Eurostat. Its level of detail remained low and rarely went into product statistics that would have been relevant to the industry. Initially, it also suffered from the different manner in which EU Member States collected data. As a result, a first initiative was set up by Eurovent to collect product statistics within a Eurovent Marketing Committee. Several national statistics schemes existed, but there was little enthusiasm from members to bring these together, fearing confidentiality issues. Subsequently, the association has setup an independent statistics organisation called ‘Eurovent Market Intelligence’ to account for the increasing demand for European-wide statistics.

In June 1996, further cooperation between CECOMAF and Eurovent finally led to the merger of the two associations into the European Committee of Air Handling and Refrigeration Equipment Manufacturers, known as Eurovent/CECOMAF.

The European Commission had developed its concept of the Single Market with many new Directives and the CE-marking on products supporting it. Originally announced for 1993, the CE-marking became effective in 1995.

Also during the 1990s, about 60 meetings took place each year, of which 35 to 40 were initiated by Working Groups (called ‘Product Groups’ today) that needed to coordinate their input to standardisation bodies and the development of test methods. In 1999, Eurovent recognised the fact that, after having been involved in the preparation and interpretation of Directives for a decade, the speed with which European legislation was developed accelerated. The first signs of possible legislative initiatives impacting directly on products were appearing. 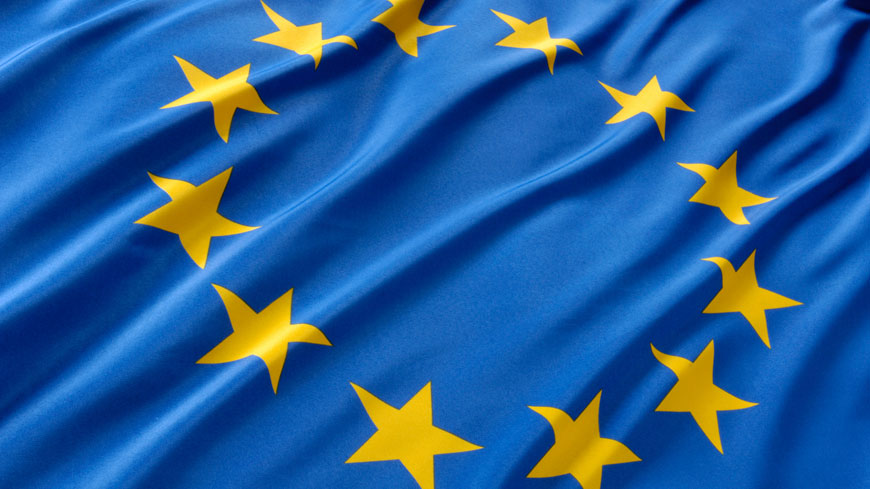 With the beginning of the new millennium, European legislation proliferated and Eurovent redefined its priorities to deal with a selection of them. In general, the Working Groups covered one or more of the laws applying to their products.

In 2007, it was decided to change the name of the association from CECOMAF/Eurovent to simply Eurovent. By now, the European politicians and legislators noted that, in order to ensure a properly functioning Single Market and the reaching of common goals, it was necessary to introduce directly applicable laws (so-called EU Regulations). Eurovent became more actively involved in the decision-making procedures, representing the major part of the HVACR industry. A new generation of European politicians understood that they could influence politics in their home country during their five-year stay as a Member of the European Parliament in Brussels. Consequently, they developed a strategy with objectives to be realised within the five-year period for which they had been elected – keeping the goal of re-election in mind. Many initiatives related to environmental and energy-efficiency issues were finally realised, instead of just drafted.

This was also the period during which legislators realised that product legislation needed to be accompanied by mandatory standards, in order to ease the manner in which presumption of conformity could be shown by manufacturers.

The level of complexity further increased due to the five-yearly revisions of Directives and Regulations as well as the coordination between product legislation and legislation dealing with, for example, the energy performance of buildings. Similarly, health and environmental legislation could introduce effective bans. The European Commission is now dealing with the disparity amongst national energy performance legislation by coordinating standardisation in both building and environmental legislation. Consequently, the industry became confronted with a third layer of complexity that requires its participation to standardisation committees, which try to ensure coordination between various legislations. 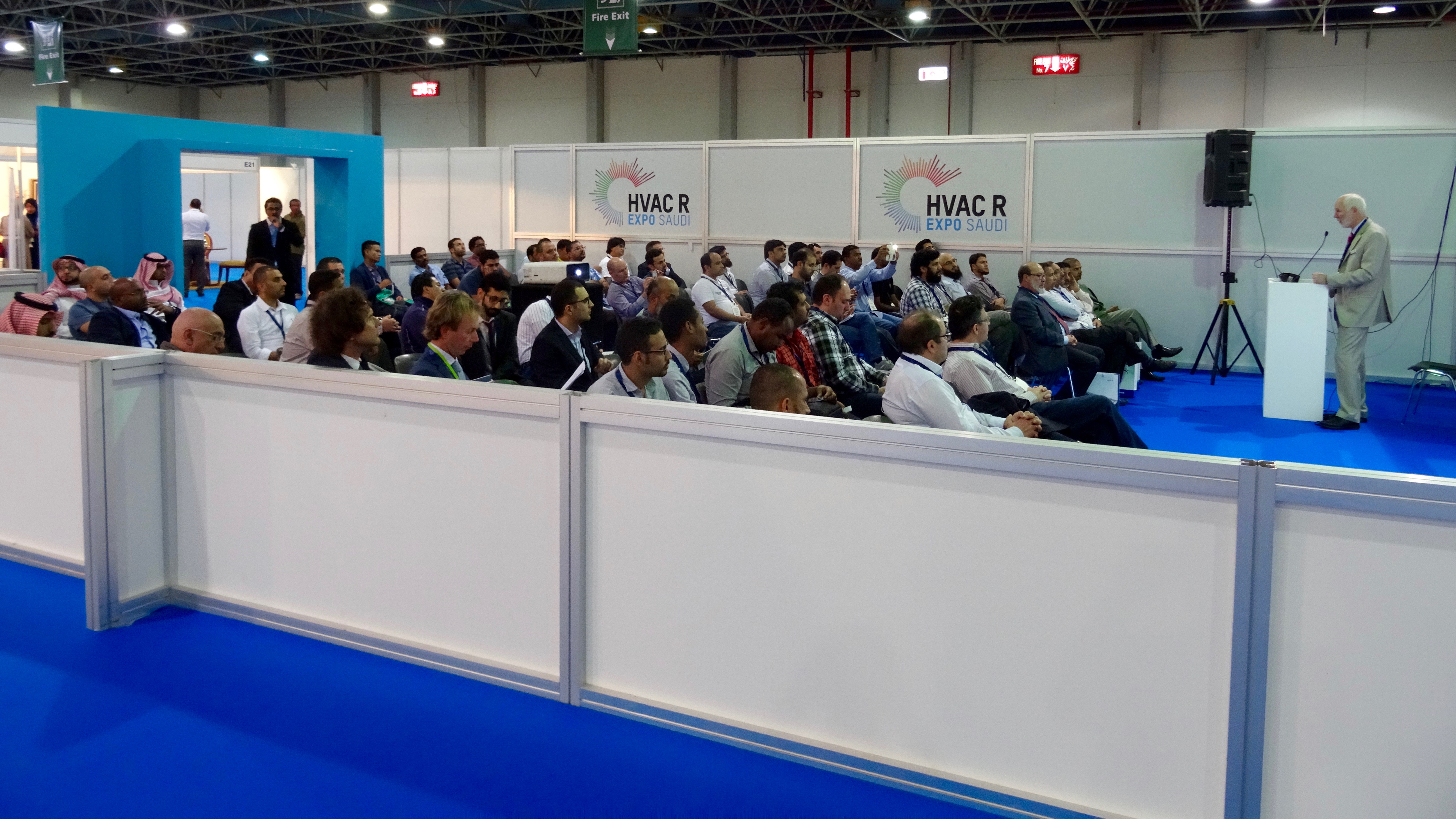 2011–present Redevelopment of the association

In 2013, the Eurovent Certification Company merged with Certita and became Eurovent Certita Certification. This step increased its capacity to more than 40 certification programmes, substantiating the activity accreditations. The company also became a notified body with respect to the construction product regulation for the certification in the field of exhaust devices. In addition, Eurovent Market Intelligence has developed into the most well-known Market Intelligence database of the HVACR industry, covering not only the EU, but also the rest of geographical Europe, Africa, and the Middle East.

Advancement of the association scope

Until 2014, the industry had largely used the HVACR terminology throughout its activities. Yet, members have realised over time that this marks a largely technically driven terminology that insufficiently reflects upon convergence and key applications. Thus, in a wider approach to make the industry more attractive for younger generations while incorporating industrial realities, Eurovent members had requested a terminology that reflects the actual structure, development and ideals of the industry.

This has led to the development of Eurovent into Europe’s Industry Association for Indoor Climate, Process Cooling, and Food Cold Chain Technologies during the organisation’s Annual Meeting in Stockholm in May 2015. The food component was added as it reflects a field with an ever-increasing importance in which Eurovent’s industry is offering leading, state-of-the-art equipment. Not without reason, the 2015 world exhibition in Milan, Italy, was titled ‘Feeding the Planet, Energy for Life’.

Adjustment of the geographical scope towards the EMEA region

Also in 2015, the association’s geographical scope was extended following an increasing amount of requests from manufacturers in the Middle East and Northern Africa to support them in the development of high quality standards and legislation. This went hand in hand with European manufacturers arguing that the terminology EMEA would already be commonly applied and that, in trade terms, Europe, the Middle East and Africa would increasingly grow together.

Today, Eurovent is Europe’s Industry Association for Indoor Climate, Process Cooling, and Food Cold Chain Technologies. Its members from throughout Europe, the Middle East and Africa represent more than 1.000 companies, the majority small and medium-sized. Based on objective and verifiable data, these account for a combined annual turnover of more than 30bn Euros, employing around 150.000 people within the association’s geographic area. This makes Eurovent one of the largest cross-regional industry committees of its kind.